Roller derby players skated through a crowd of hundreds, weaving around police officers and business leaders to hand out Whole Foods Market swag. A group sliced into a massive swordfish as the Robert E. Lee High School band marched and played through the aisles of the store.

It was a memorable debut for the natural and organic grocery specialist on Taylor Road, a location that was announced more than two years ago. At the time the store announced plans to open in Montgomery, the seeds of the new Chase Corner development had just been planted. Now, it includes restaurants and retail shops.

The store was a complex process because it was customized to fit the needs of the area, spokeswoman Lauren Bernath said. In this case, that means details like a growler station with eight local and regional beers, a lifestyle shop with cosmetics and clothing, a fresh pasta case, and a coffee and juice bar with made-to-order beverages.

“We try to take in what’s going on in the community and what’s important to them, and then design our store around that,” Bernath said.

They also set up partnerships with local food producers to stock the shelves. Bernath said the percentage of locally sourced products varies by season, but they try to use “as much as possible” from local partners.

Whole Foods spotlighted one of those partners Thursday, presenting a $10,000 donation to EAT South. They also announced plans for fundraisers and donations to the Montgomery Area Food Bank, the Equal Justice Initiative and more.

Montgomery Mayor Todd Strange recalled the city’s first meetings with Whole Foods years ago, a time when he said they were told Montgomery wasn’t “on their radar.” Now that it’s open here, Strange said he expects it to regularly bring in shoppers from outside the Capital City.

It certainly did on Thursday.

Irma Brown Williams and her husband, Joe, drove from Tuskegee for the opening. They said they’ve been following the store’s progress since the initial announcement.

“We have a son who lives in Phoenix, and they shop at Whole Foods,” Irma Brown Williams said. “They’ve been telling us we’re going to enjoy it. We’re really excited.”

Company officials said they hope people will agree it’s worth the wait.

At one point developer Jake Aronov was speaking to the crowd when a passing semi honked several times along a busy Taylor Road nearby, interrupting his speech. 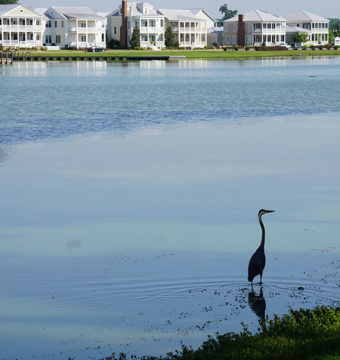