A new owner, new manager, and soon, a new name mixed-in with the old. “A great opportunity,” said new principal David Sikes who accepted the call to lead the new Pike Road High School-Georgia Washington campus. “You build it how you want it to be from the ground up,” he said.

The Town of Pike Road paid nearly $10 million to the Montgomery County school system for the facility and its 20 or so acres this summer. Pike Road took over July 1 after a heated debate within MPS school leaders whether to let it go as part of the state intervention. It’s now a done deal. Pike Road was handed the property deed on July 1. “A lot is being done now,” said Mayor Gordon Stone. “You can hear the saws going on behind me.” Stone is clearly excited about the progress being made.

Since the start of July, volunteers from the Vaughn Forest Church, along with PTSA and students, have helped rake in the changes in the landscaping, fresh paint on the walls and shiny floors. But there is so much more to come. “And air conditioning, new windows and things like that,” said Dr. Chuck Ledbetter, superintendent of Pike Road Schools. Dr. Ledbetter says Pike Road High School-Georgia Washington campus will field teams in all major sports. More than 500 Pike Road children ranging from 8-11 grades will call this home away from home starting in a week. A senior class will be added in the fall of 2019. The school has its roots in Georgia Washington, a pioneer educator for black students starting way back in 1893. Washington died in 1952 and is buried on campus.

Speaking of Washington, there is also a plan to renovate her grave which is located behind the school. The idea is to make it a garden, a memorial, a tribute to a woman who’s been referred to many times as an ‘education hero.’ “This will always be a building whose heritage is important,” Stone explained. Six days and counting before students begin their new year at their new school, a perfect combination for a school district looking to grow. 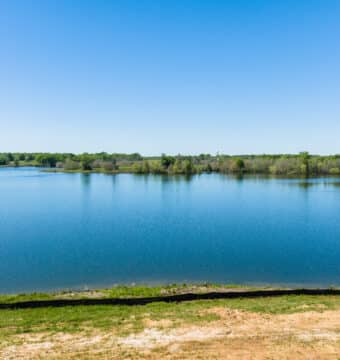