Repost from the Montgomery Advertiser: Paul Sullivan, Special to the Advertiser 9:17 p.m. CDT May 22, 2016

Beautiful predatory birds, zoo animals, puppets and colorful stories will be part of an exciting start of summer at the Pike Road library during June.

Magician, puppeteer and all-around great entertainer Tommy Johns from Georgia will entertain and educate on June 7 at 3 p.m. A week later, on June 14, the Auburn University Southeastern Raptor Center will bring several of its spectacular birds to the library at 3 p.m.

“The Auburn University Southeastern Raptor Center is bringing seven raptors, including a screech owl, a barn owl, a great horned owl, a red-tailed hawk, a falcon, a vulture, and one of the eagles that flies at Auburn University’s football games,” Williams said. “I would recommend arriving early to acquire a good seat before their presentation begins.”

The appearance is courtesy of the much-appreciated friends of the Pike Road Branch Library.

The animal theme continues on June 28 when the afternoon will offer a show by the Montgomery Zoo at 3 p.m. “Each year the Montgomery Zoo offers one show to one branch of the Montgomery City-County Public Library system. Pike Road has entered the drawing to get the show every year and we finally lucked out this year,” Williams said.

In between the birds and zoo animals will be another wild appearance, this time of the western variety. Cowboy Bruce and Vernie return on June 21 with their ever-popular Wild West Show.

“Bruce Brannen and his wife, Vernelle, are Pike Road fixtures. They perform a wild west show as Cowboy Bruce and Vernie at events all over the region,” Williams said. “We ask them to visit almost every year. Like Tommy Johns, Bruce adds a component to their show that ties into each summer’s theme. This year’s show will include a story called ‘Ready, Set, Read; Ready, Set, Ride.’”

Brannen also recites cowboy poems and displays trick-roping and bullwhip skills, Williams said. “He always closes out the show by having the kids re-enact a cattle drive around the library,” he added.

Williams and library assistant Jeanine Hughes work hard to provide parents a safe place for children to take in summer fun, for free. And the library and its supporters have expanded the offerings for the summer of 2016.

“The Friends of the Pike Road Branch Library have been especially generous in allowing us to bring in very special guests all summer long. Their contributions are especially important this year because we are expanding our programming to eight weeks for the first time ever,” Williams said. ”We decided to do so because we noticed that several military families were just getting settled into the area at the same time that we were bringing our programs to an end. We wanted to make sure the military families get to enjoy a bit of our summer offerings along with all of our local folks.”

Afternoon story time will continue for ages 3 to 6 on Mondays at 4 p.m. The theme for this summer’s reading program is ‘On Your Mark, Get Set, Read!’ which naturally suggests sports and fitness. Among the featured characters will be a chicken, frog and a pig, among others, Williams said.

Good Morning Story Time for ages 1 to 3 will be held on Wednesdays at 10 a.m., while Lego Leagues will expend their creative energies on Thursdays at 4 p.m.

The Angry Dragons and Pike Road Bookies book clubs will be meeting as well, Williams said.

The library is located at the east end of the Town Hall complex at 9585 Vaughn Road. The phone number is 244-8679. Visit the library on Facebook at facebook.com/pikeroadbranchlibrary 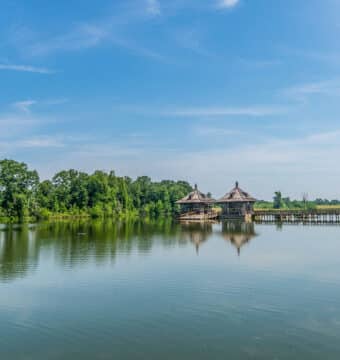