Tate Myers, 15, humored his mom as Tellisa Myers stopped him just inside the lobby of the new Historic Pike Road School on Thursday to snap a picture.

Posing him in front of the larger-than-life Pike Road Patriots wall art, Myers wanted a way to remember Tate’s first day as a freshman.“I know he’s probably not too happy about the picture, but he’s been really excited to get back to school and see his friends,” Myers said. “My youngest was up and ready by 6 a.m.”They were one of the first to arrive that morning before other parents began rolling up to the doors at 8 a.m. to drop off their students. Cattle could be seen grazing in the fields directly in front of the school.

Thursday held a lot of firsts not only for the Myers’ family but for the school and the Town of Pike Road — a new campus, a new principal, a new superintendent, 275 new students and 44 new teachers. One of many who decided to uproot their families and move east for the promise of a better quality of life and better education, the Myers have helped grow the rural area into a booming community. Since moving from Snowden, Tate and his brother have been studying at Pike Road School since it opened three years ago. The school near the Waters neighborhood began with grades kindergarten through eighth grade and have added a grade or community each year.

With Pike Road’s population continuing to grow, the school’s population was no different. Now, with a new community 10 class and more than 275 new students among 1,550 total learners, the completion of the Historic Pike Road School in July came just in time. Clutching their backpacks, community seventh- through 10th-grade students jumped from their cars and filed into the new gymnasium for breakfast after being greeted by Pike Road’s Mayor Gordon Stone. Stone stood with new Pike Road Superintendent Charles Ledbetter — who was voted into the position in May — several staff members, teachers, school board members and the new principal of the historic school, David Sikes.

The Historic Pike Road School is a milestone for the town by “meshing” the area’s 100-year-old history to state-of-the-art advancements, Stone said. “It’s a great day because the spirit of our vision and our dreams of Pike Road are meshed with all the rich history that have come before us,” Stone said. “When the young people start their daily activities here, they are going to sense that.”

The original construction began on the building in 1917, and it served Pike Road School students until 1970. For a number of years the building was used for a church camp and other purposes.

Original exposed red brick still makes up the outside facade and can also be seen inside many downstairs classrooms as accent walls. Antique wooden floors, now shining with polish and modern drywall and fresh yellow and white paints gave original high ceilings and wide open windows a modern look. In fact, even with the addition of contemporary touches, new furniture and Macbooks for every student, not much has changed from when Charlene Rabren went to school there. Walking the halls of the school for Open House a few days prior, Rabren said tears came to her eyes. Her mother and father met there when they were just students and she was in ninth grade during the 1969-1970 school year. That was the last year before the school suddenly closed and she finished high school at Jeff Davis High School in Montgomery. Her peers were scattered to 12 different MPS schools.

“It was a sad time for our community because the school was what held everybody together. It was the heart of the community,” said Rabren, who is a fourth-generation resident of Pike Road and has retired in the area. “Having it reopen is just a dream. I know the teachers will bring back that spirit here.”

In other ways, the school is different. There are no lockers. No bells. And students only carry their Macbooks from class to class. Any textbooks that are used during class periods will be kept in the classroom. Rabren stopped to chat with newcomer Crystal Adams, one of 44 new teachers for PRS. Like the Myers family, Adams, her husband and two children moved to Pike Road to be a part of the area’s innovation. “The way Pike Road thinks outside the box, they’re branching away from the straight rows, rope memorization learning that is so prevalent everywhere and they are going to project-base learning,” Adams said.

After learning about the Pike Road Way, Adams wanted to be a part of teaching that is based heavily on student-led learning and where learning spans different academic areas. “If I’m teaching chemistry, it’s not just chemistry content that’s I’m working on, it’s life skills, creating documents, team-building, and leadership skills,” Adams said.

“It’s just well-rounded, creative and draws the kids in.” Although this is her first year teaching in the PRS school system, Adams has about 14 years of teaching experience under her belt. Her husband, Chad Adams, is the new football coach at PRS and who is originally from Montgomery. They settled in Pike Road years ago when Adams taught at MPS before moving to Lee County to teach.

“It’s good to be back. Where else can you watch cattle and horses grazing outside the front window?” she asked. Adams’ own classroom is tucked at the end of a hall downstairs. Because of the slope of the land, she has her own view of green grassy fields and woods directly behind the school outside her windows.

Click here to view the rest of the article from the Montgomery Advertiser. 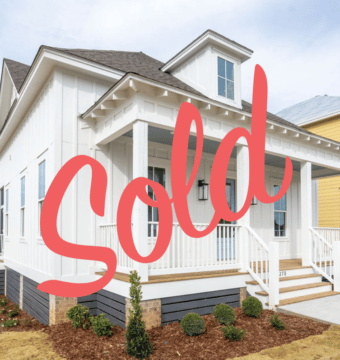 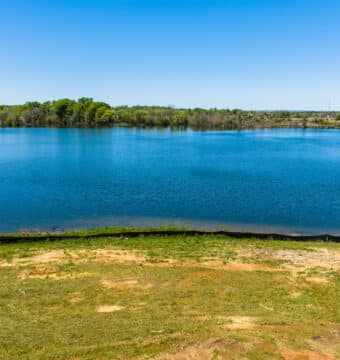