A business case for striking a new balance between jobs and home.

The idea of a living near the office or workplace is not new. It was the norm in America before the advent of the automobile when miles of pavement stretched the distance between where people lived and where they worked for the first time.

But developers of both for-sale and rental homes say that trend is now reversing itself rapidly as technology alters the concept of work as a place and demographics change the lifestyle demands of consumers. In addition, when these remote workers finally clock out, they want to be able to walk to amenities like restaurants, shopping, clubs, and movies.

These shifts, industry insiders say, are transforming residential development and the strategy builders and developers apply to their businesses. The focus is now on a live/work/play mentality, says Russell Tepper, senior managing director for Dallas-based Mill Creek Residential, which has developed 25,000 apartments in more than 90 communities since 2011.

“People no longer work from 9 to 5, in an office, with a mandated, hour-long lunch break where they punch a time card,” he says. “That hasn’t existed in our economy for a long time, and, as a result, people are living and working differently.”

For developer Art Falcone, whose career has spanned nearly 40 years and has encompassed everything from master planned communities in the suburbs to urban towers, the trend is a watershed moment that unwinds six decades of U.S. development history.

“After World War II, we got into this highway craze in America, of getting in the car to drive out to the suburbs,” says Falcone, CEO and managing principal at Boca Raton, Fla.–based Encore Capital Management. “That was the trend for 60 years, probably up until about 12 years ago. But now, millennials and Generation X want to be back in those urban-like settings again, where they can walk and never even have to get in their cars. The world has changed pretty dramatically, and it’s not going to flip back anytime soon.”

As Eugene Diaz, principal at Bloomfield, N.J.–based Prism Capital Partners puts it, “the changing face of technology is making workspaces that are separate and distinct from living spaces a thing of the past.”

Trickle Down
The live-work trend and young people seeking a more urban-like setting both are impacting the business of building and developing.

According to Gallup, 43% of Americans spent at least some time working remotely last year, a 10% increase from 2012. And where those workers live today isn’t defined as much by the location of a traditional office as it is a home that’s in proximity to a shared or co-work space, where professionals can gather and be “alone together” to work.

For architect Thomas Wall, owner of Mitchell Wall Architecture and Design, who designs single-family houses and works with builders and developers from his office in St. Louis, the live–work paradigm change is hitting single-family developers, who are scrambling to keep up. 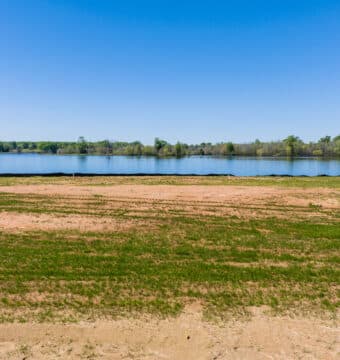