Two annual Independence Day traditions will return to the Town of Pike Road this year. The Fourth of July Parade and Summer Fest are both set for Friday, July 4, 2014.

The Pike Road Civic and Community Clubs will host a parade that will travel throughout the historic district located along Pike Road.  Participation in the parade is open to the public and the theme for entries is “Symbols of Freedom.” Registration begins at
8:00 a.m. at Pike Road Baptist Church, with the parade beginning at 10:00 a.m. For more details on the parade, contact parade chairman, David Livingston by calling (334) 657-2013 or (334) 281-6306.

The Independence Day festivities will continue that evening with Summer Fest.  This annual Fourth of July celebration is hosted by Town of Pike Road in partnership with The Waters and Montgomery County Commissioner Reed Ingram. The event will be held at The Waters on Marler Road beginning at 5:00 p.m. Gates will open at 4:30 p.m. and admission is $10 per vehicle.

This year’s Summer Fest will feature food, family friendly fun and fireworks. Attendees are encouraged to bring a blanket or lawn chairs to enjoy live music by Brandon Self and the Outlaw Revival. There will be hamburgers, hot dogs and beverages for sale with proceeds benefiting the Pike Road Lions Club. Nancy’s Italian Ice will also be on site selling snow cones. The night will culminate with a fireworks spectacular overlooking Montgomery County’s largest lake.

“Summer Fest is an event that really exemplifies the Pike Road spirit,” said Mayor Gordon Stone. “It is an old-fashioned, fun opportunity for families to gather and celebrate the birth of this nation, and we are thrilled that people from across the River Region have come to think of this as their Fourth of July celebration.”

Pike Road’s Summer Fest is an annual event that has been held since before the town’s incorporation in 1997. Originally a gathering of a few families, Summer Fest has grown to be one of the River Region’s largest and most anticipated Fourth of July events. The event is made possible by the sponsorship of many local businesses as well as proceeds from the gate. 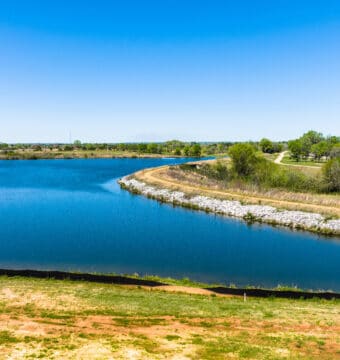